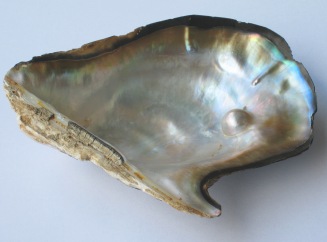 In the last blog, I made the case that there really wasn’t a good ethical reason not to eat mussels and oysters. As an astute commenter noted, I wasn’t really making a case FOR eating mussels and oysters so much as saying that the argument against lacked sufficient evidence from the perspective of reducing suffering. In this blog, I’m going to remedy that by outlining some positive effects that might result from the acceptance of oysters and mussels as ethical to eat if not defined as “vegan”. Specifically, I think that eating oysters and mussels 1) undermines the case that vegans are motivated by disgust and purity 2) offers some nutritional benefits that might make people more likely to eat (or continue eating) in a way that causes the least suffering.

Food choices are very strongly influenced by disgust. One school of thought considers disgust to have evolved initially to influence our food choices and has, throughout our evolutionary history, been extended to influence moral choices. Disgust works to influence attitudes the opposite way as well. Moral attitudes against meat serve to increase disgust (see 1, 2) . On the one hand, disgust serves to make it easier to avoid nonvegan foods but on the other hand rational people often don’t consider disgust to be a good foundation for a moral position. I think it’s for this reason that people often tell me veganism is a ‘religion’. In some cases it seems that vegan attitudes are more influenced by purity, much the same as in Kosher law, than by considerations of how best to prevent harm to animals (e.g.). Some of the criticism of my last post, and of eating oysters and mussels in general revolve around disgust and identity. I think when we have a better justification for what we eat than “that’s gross” or  “that’s not vegan” it will improve our case. There something to be said for deontic moral rules that are crystal clear and easy to follow such as not eating anything that comes from the animal kingdom whatsoever; However, I believe some of the other benefits I’ll outline more than make up for this.

Why do people stop being vegan or vegetarian and why do they resume eating vertebrates?

If everyone who was compelled to become vegan by ethical arguments did so and was vegan happily and healthily for all their days, I would say about eating oysters and mussels  “It’s not vegan so why the question?” and would probably never have bothered to write this blog or the previous blog. But, that isn’t the case.

A 2005 survey by CBS news found that, in the USA, there are three times more ex-vegetarians than current vegetarians (Herzog 2010 p. 200). Why do most vegetarians go back to eating meat? According to data collected by Hal Herzog the major reasons are, in order of frequency, declining health, hassles and social stigma, irresistible urges and shifts in moral thinking. Interestingly only 2/77 reported shifts in moral thinking made them go back to eating meat. This jives with what I’ve read about former vegans. From the small sample of ex-vegans interviews I’ve read, most seem to experience cravings or health problems and then rationalize their choices with changes in moral ideology. Unfortunately there isn’t hard data on this but most of the former vegans I know personally or have read about don’t just start eating dairy (the least deaths per calorie of animal foods) but go back to eating fish, chicken and other vertebrates whose ability to suffer is not in question.

There are a variety of possible reasons ex-vegans eat vertebrates. Perhaps once people stop being vegan they are shunned by their social circle and feel no need to adhere in any way to the ethical standards that had brought them together. Similarly, when you can no longer define yourself as vegan and other labels (even vegetarian) are so wishy washy, it’s easy to conform to what most other people eat. It certainly seems a lot harder to justify to strangers/family that you don’t eat chicken and do eat beef than simply to say ‘I’m vegetarian’. Finally, it’s hard to manage the dissonance of going back to eating some/a little meat without also justifying eating meat generally.

What if there was another option? What if eating mussels and oysters was considered ethical? I believe that two of the major reasons that people choose not to be vegan anymore, health problems and cravings could be ameliorated by adding oysters and mussels which would ultimately prevent people from doing a 180 degree turn on their previously held moral beliefs about the importance of animal suffering.

B12 –The bugaboo of vegan diets, B12, a micronutrient only found reliably in animal based foods, supplements and fortified foods . If cultivated oysters and mussels were considered vegan, or at least permissible on an ethically based diet, we could reasonably say that this diet required no supplementation (for a rant on B12 supplementation see the footnote).

Heme Iron-One fairly common problem in vegans and vegetarians is anemia, or iron deficiency. There is a lot of nonheme iron to be found in plant foods, especially beans and leafy greens however heme iron, which is only found in animal foods (and plentiful in oysters and mussels), is, on average, more easily absorbed.

Omega 3 Fatty Acids –There is very mixed evidence on how bioavailable these nutrients are from vegetarian sources, oysters and mussels are a great source.

I’m not fooling myself into saying that most people, especially disgust sensitive vegans, would find oysters and mussels to be very attractive foods. But if nutrient deficiency is a problem for some people on a vegan diet, (especially picky eaters who don’t like beans and greens) then eating these foods rich in nutrients not as easily available on a vegan diet could be useful. Moreover the “meat hunger” or cravings that some report is an itch that could easily be scratched with oysters and mussels.

One of the most frustrating criticisms against a vegan diet I get all the time is that it cannot be healthy or natural because vegans must supplement with B12. This is frustrating for many  reasons 1) it’s not a response to the ethical implications of eating nonhuman animals 2) B12 deficiency also occurs in those who eat meat 3) there are other diets (whose proponents often throw barbs at veganism) that supplement for reasons that seem uncomfortable to say the least.

*For what it’s worth I was very strictly vegan for a couple of years before eating mussels and I didn’t feel anything overwhelming/orgasmic.